From its towering mountains to its crystal clear lakes, Chilean Patagonia has always been a number one choice for travellers who are after a true taste of adventure.

Behind the scenes, two of those travellers were actively working to protect the country’s bounty of flora and fauna and making huge leaps in conservation. Now, after nearly 30 years, it has all come to a stunning conclusion.

Thanks to the biggest private land donation in history from Tompkins Conservation, Chile has just acquired over four million hectares of national parkland. This new protected area is called La Ruta de los Parques or The Route of Parks, and is roughly the size of Switzerland.

The vision for this mammoth project is three-fold: 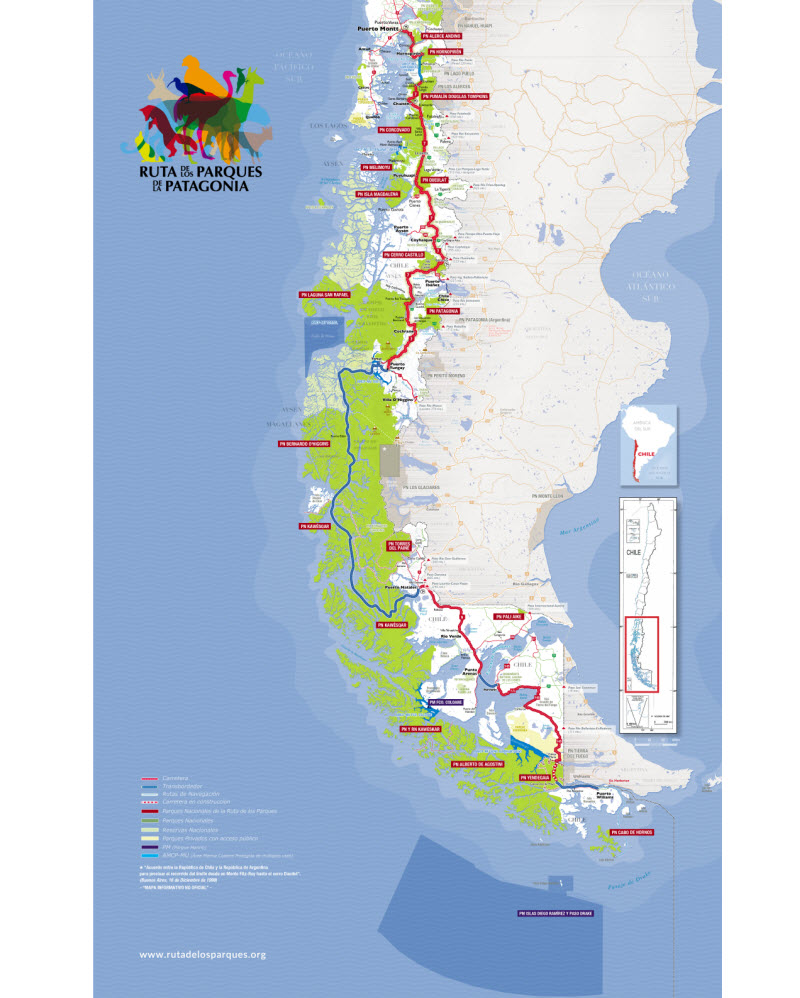 The Route of Parks is an exhilarating journey through 17 of the most spectacular national parks in Patagonia. Its goal? To protect and promote the true heritage of the Chilean Patagonia.

Spanning a whopping 2,800km, the trail stretches along one third of Chile, beginning at Puerto Montt and ending in Cape Horn in southern Chilean Patagonia. 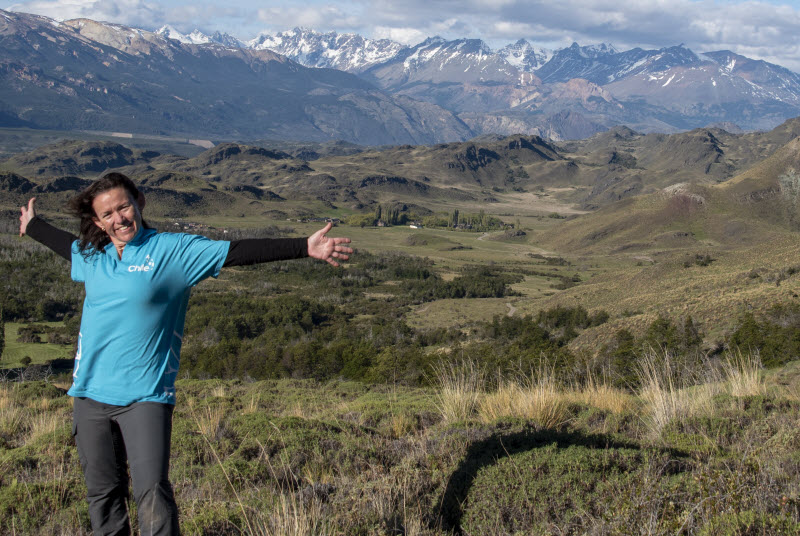 Our co-owner Rose has been following the project and visited the park in 2016 to check on its progress.

In addition to its breathtaking natural highlights, the conservation route also hosts more than 60 local communities within Patagonia.

The creation of The Route of Parks has allowed the rich Chilean culture to remain as is and also given locals the opportunity to share their once inaccessible cultural heritage with visitors. 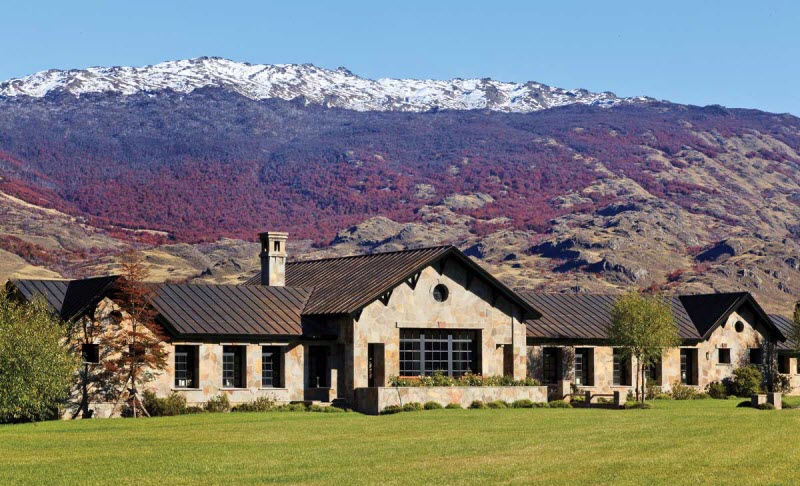 How it all started

Philanthropists Kristine and Douglas Tompkins, the latter being the founder of the North Face and Esprit, birthed Tompkins Conservation in the early 1990s.

The pair’s incredible passion for conservation led them to pack their bags, leave California and head for Chile. From there, they went on to purchase vast spaces of land in order to ‘rewild’ them.

They worked tirelessly on restoring original ecosystems, reintroducing native wildlife and collaborating with both Chilean and Argentine governments to create new protected areas.

Today, Tompkins Conservation has helped to conserve more than 5.7 million hectares of nature around the world. The crux of the charity is quite simple – “Saving biodiversity and leading others to do the same”.

But let’s go back to 2017. An unprecedented agreement was signed by Chile and Tompkins Conservation. The charity entrusted over four million hectares of Pumalín and Patagonia National Parks to Chile for the creation of five national parks and the expansion of three others. It was a decision for the history books. And a big win for conservation and ecotourism.

Kristine Tompkins, the foundation’s president stated, “After years of work together with Doug and the team at Tompkins Conservation, we have achieved our dream. The parks that we created with so much love are now national parks which belong to everyone…” 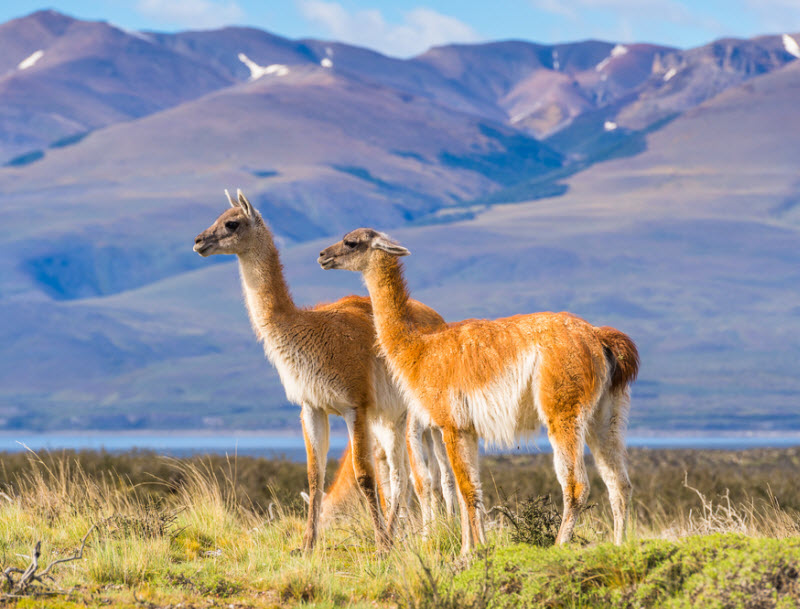 How to experience it

We have created an itinerary to help you embark on the incredible journey that is The Route of Parks.

Parque Patagonia is both the heart of this project and the newest route within Route of the Parks. We’ve created a fabulous 7-day itinerary to share it with you.

Kayak or cruise the Marble Caves and spend three nights at the remarkable Lodge at Valle Chacabuco for a uniquely Patagonian experience.

Lounge by the fire, marvel at the blanket of stars and enjoy the views of looming Mount Tamanguito, with a glass of regional wine.

The Lodge is built from stone quarried in the Chacabuco Valley and its lush grounds frequently enjoy wildlife encounters. Parque Patagonia is moving toward a 100% renewable energy system, which will make it the first energy-independent park in the world.

As for exploration, we can arrange a local driver and guide to take you around so you can enjoy the scenery, or you could head out on your own. Adventures include hiking, birdwatching and mountain biking. You will also find a range of other activities outside Parque Patagonia, including boating and fishing.

Click through to our brochure for all the details.

Create your personal The Route of Parks journey with Forward Travel! Check out our brochure.

Get in touch with us to create a tailor-made itinerary that will help you to explore off the tourist trail.